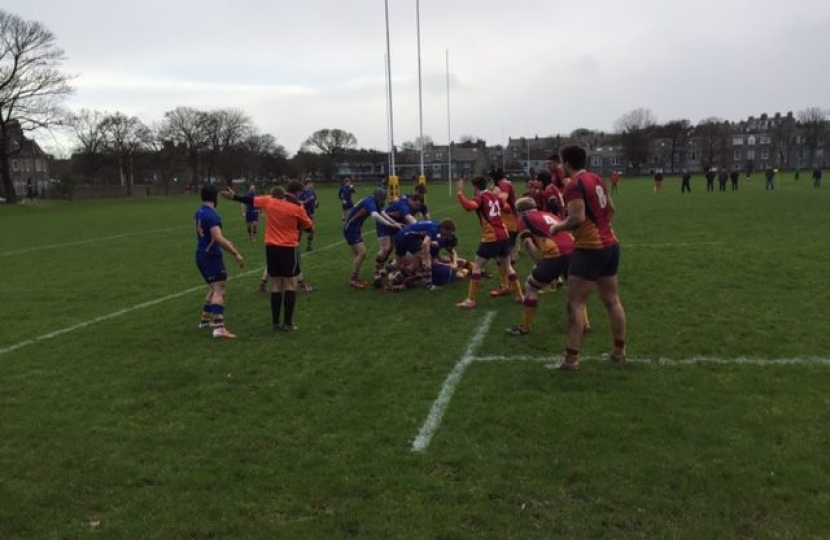 The Highs and Lows of Saturday - great response knocking on doors in Kirriemuir this morning despite the blizzard as part of the North-East Regional campaign.

It's great to see the enthusiasm from my fellow Scottish Conservatives and this is evidently paying off as we find more and more people supporting us and Ruth Davidson for the election in May.

Fantastic news for Deeside RFC as we're named the SRU Club of the Month for December - its a very just reward for for everyone's effort over the last couple of seasons.

Sadly the rugby good news ended there as I rushed up to Aberdeen from Kirriemuir only to see us lose 29-27 to the University in a thrilling (and chilling!) North Regional Bowl Final. Very disappointing as it seems a poor first half left us too much to do and despite scoring all the points in the second half, it was just a play or two too much to snatch it back - gutting. Need to make sure we bounce back and finish the season by winning the league...will keep you all posted!