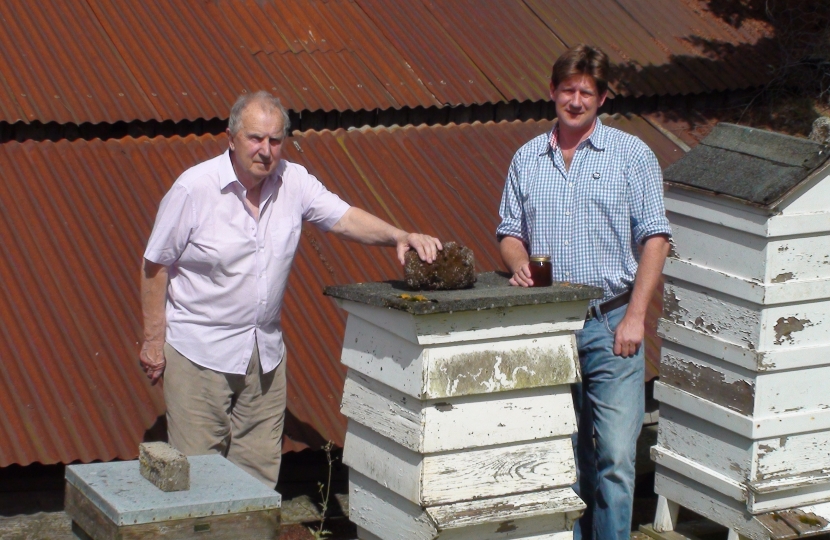 Alexander Burnett this week called for the Scottish Government to follow the UK Government’s lead on protection of bee habitats and expanded investment in scientific research in that area.

The UK Government has decided to take action to protect bees and their natural habitat in England, providing extra payments to farmers and other landowners such as the National Trust and Network Rail. This allows them to maintain suitable bee habitats and expand scientific research investment on bees and other pollinators.

Alexander, who has been campaigning on this issue for many months, welcomed the announcement and called on the Scottish Government to follow suit.

He said, ‘Bees are indispensable to our food production. Without those insects, not only would our parks, gardens and countryside be more drab places, our food could well become less varied and some of it more expensive. The Conservative led UK Government has taken the hugely important and positive step of deciding that a healthy bee population is critical to a healthy, clean environment. It is time for the Scottish Government to do the same.’