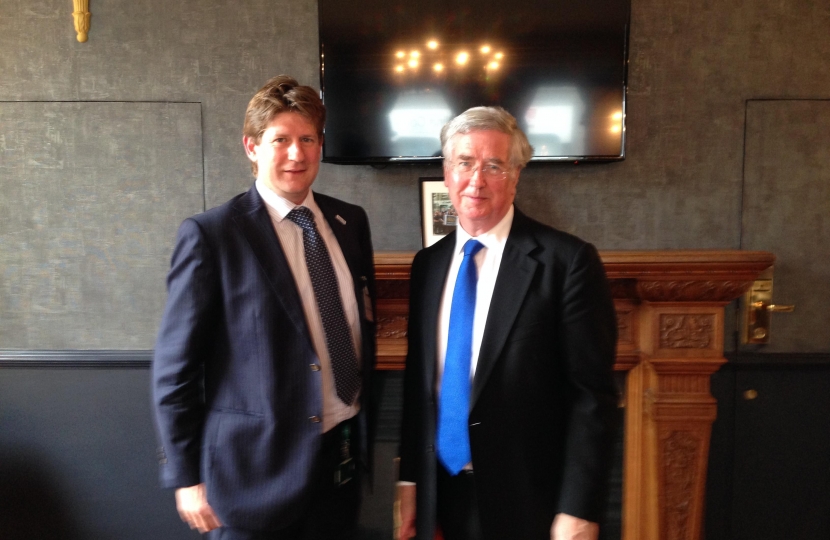 Michael Fallon, the Minister of State for Energy, was in the North East of Scotland on Wednesday 23rd April and took time to meet with Alexander Burnett. Addressing a group of North East Businessmen, Mr Fallon warned of the dangers of Independence for the Energy Industry. Meeting with Mr Fallon after the speech, Alexander spoke about the future of renewable energy and of infrastructure issues in West Aberdeenshire and Kincardine.