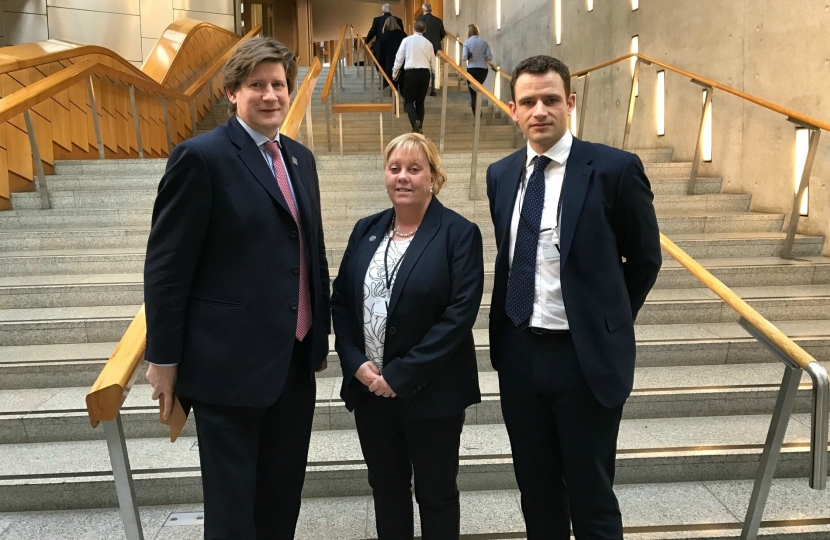 On Monday I met with the Western Aberdeenshire Pylon Action group, who gave a presentation on the SSE pylons.

On Tuesday I attended a meeting of the Environment, Climate Change, and Land Reform Committee where we discussed deer management and the draft climate change budget. I participated in a debate on forestry, arguing that the Scottish Government needs to encourage student interest to be in the forestry industry, as this sector is key to our economy but we are facing an increasing gap between demand and supply of skilled workers. My full speech can be found here.

I also attended a ministerial statement on the ScotRail Performance Improvement Plan and a ministerial statement on the draft Climate Change plan, where I asked a question about the budget for energy efficiency. The full question and response can be found here. In the evening I attended an Environment, Climate Change, and Land Reform Committee meeting with youth representatives of various environmental stakeholders, where we discussed both engagement with the Committee and upcoming work on climate change. I also attended a BMA Scotland Dinner.

On Wednesday I met with Jeremy Smith, the head of development strategy for Innogy, and with the Chief Executive of UK Energy. I attended a ministerial statement regarding the UK Supreme Court Judgement on Triggering Article 50.

On Thursday I met with David McNeil and Carol Betteridge from Help for Heroes, a group that works to assist veterans who have been wounded in combat. In the chamber, I attended a ministerial statement on hate crimes and a debate put forward by my colleagues on improving Scotland’s planning and places, which included Bill Bowman MSP’s maiden speech.

On Friday I held a surgery in Banchory, where the main issue voiced by constituents was concern about the proposed increase of business rates in the north east of Scotland.